Rishabh Varshney
← Back to work

Bunz is a barter platform that has expanded beyond barter to a platform for your city including jobs, homes, help and more! 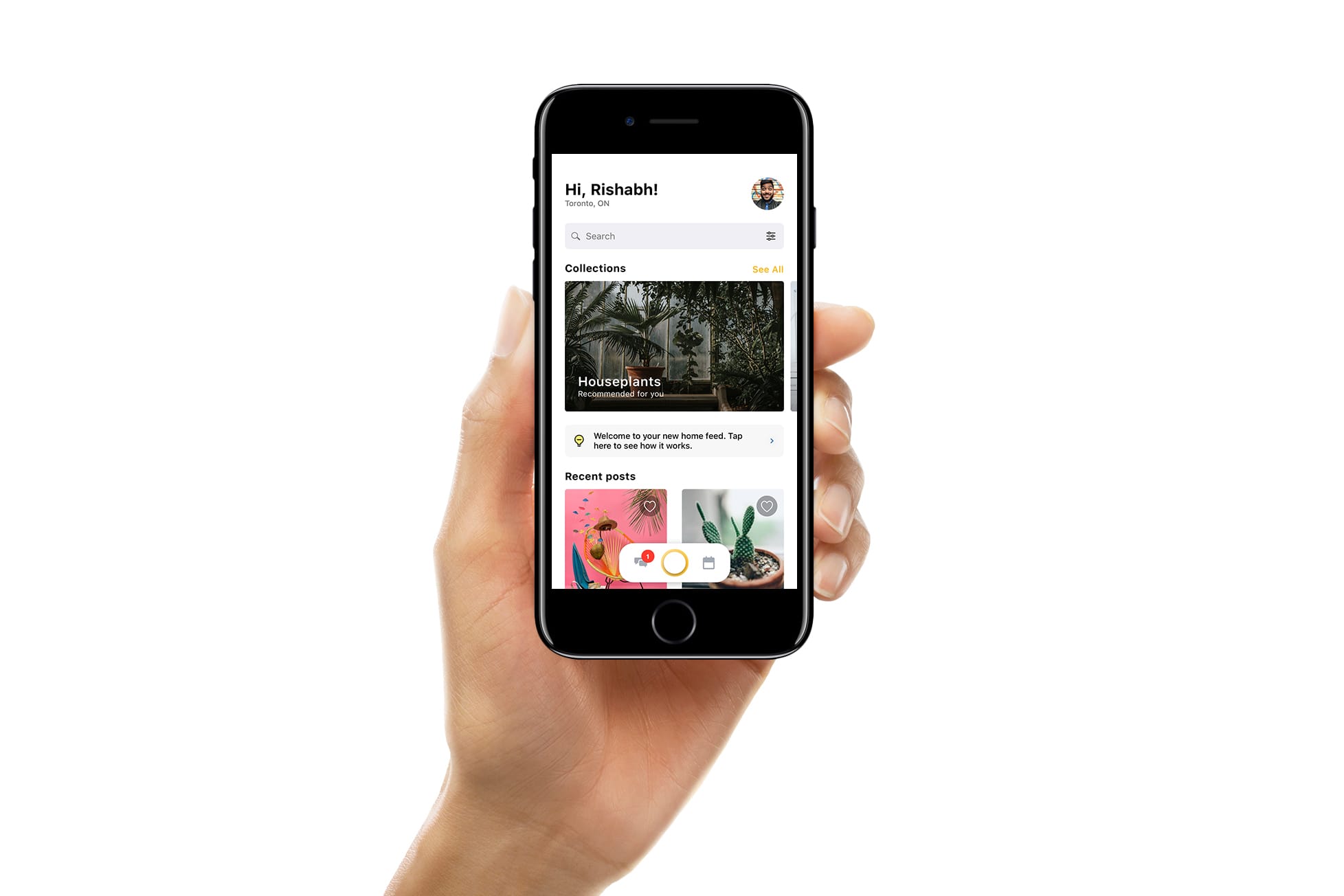 In 2015 we launched Shufl, a local buy/sell/trade iOS and Web app which allowed users to buy, sell or trade for goods and services in a hyper-localized manner. The project was somewhat of a failure until adopting the Bunz brand and community in Toronto, ON. Bunz launched officially on the iOS App Store and on Bunz.com in January 2016, Google Play Store in February 2016.

Bunz V3.0 home feed ui and ux - adopting a grid system for the home screen to show more content to the users based on their likes, ISO (in search of) and more.

To make finding content easier on the platform I found a way to introduce a map-view feature into the product without changing the 3.0 home feed ux. Consistency across the various Bunz feeds is key to maintaining a great user experience.

Navigating the product is done via gestures. User tests within the target Bunz demographics tested really well to this ux. Further testing and development needs to be done on this before being pushed to production.

The post view remains largely unchanged from Bunz 2.x but there are improvements made to both the item details, owner of the product and the general layout to focus more on the item rather than the individual or comments.

Bunz buy/sell, this is a prototype, nothing more of a possible buy/sell integration. There are definitely more unique ways of creating a localized e-commerce platform outside of this prototype.

Feed filters are more visible in the 3.0 product than in any previous versions. The distance slider comes in handy to the power users and the sorting mechanism is there to entice users into finding what they like apart from the algorithm-driven home feed.

Bunz launched in January 2016 after being reshuffled (pun intended) from Shufl to focus on the growing community and after observing what Bunz members were doing on a Facebook group from where it started out of a need: For Emily (the founder of Bunz on Facebook) traded a record for pasta sauce.

Getting to this state for V1 of Bunz took around 5 months — we started building and collecting feedback between October 2015 - December 2015. On January 12, 2016 we launched the first iteration of Bunz, which was primarily re-skinned Shufl. Building search, better create flow, reviews and profiles got us to ~6,000 users by June 2016.

At this time we took a step back and looked at getting Bunz up and running in new cities via product improvements such as: being able to choose your city on your profile, adding in the explore cities option on the search screen and whenever a user created a post, using the Google Places API we assigned the post to the correct city via the place_id property from the Google Places API.

Between July 2016 - December 2016 the team went into making improvements to the product. During this time we also experimented with a chat bot which could recommend you content based on a very basic algorithm; I also tinkered with Bunz Experiences which was a way for the already creative Bunz community to supplement their incomes by hosting classes based on their skill sets, ie: painting classes, skateboarding, cooking, etc.

In late June 2016 we launched Bunz 1.6 on to the Apple App Store and Google Play Store with the following:

Mission: The City Network gives you access to Items, Homes, Jobs and Help in your city.

A lot of the product decisions were made by the team based on myself and a few members of our team providing enough context and user feedback. The current “social” play did not work for us — there is a huge drop in retention, sure the number of posts created are up by a small margin but those posts are mostly users complaining. At the end of the day users just want a simple way to trade because they are in a lifestyle where they cannot afford to live in a city or buy new shiny things, at least not the demographics that makes up Bunz now and the demographics we are targeting: Mostly female working in the service or administrative industry, making $40,000 - $50,000 CAD / year and paying around $1,000+ rent/month while going out a lot during the week to enjoy life while still paying off their $40,000 student loans.

For the most part I design the products based on inputs, make choices I think are best for the product based on feedback and acting more like a traffic controller for the 30, 90 and 6 month roadmaps before getting down into the design end of things.

The current roadmap accommodates the following:

This is where the iteration to V3.0 comes in.